For the first time in history Argentina close the year as World No. 1 in the men’s chart; while USA remain as the top-ranked nation in the world in the women’s ranking.

The World Baseball Softball Confederation (WBSC) today revealed the end-of-the-year WBSC Men’s and Women’s Softball World Rankings for 2022. For the first time in history Argentina close the year as World No. 1 in the men’s chart; while USA remain as the top-ranked nation in the world in the women’s ranking.

The WBSC Softball World Rankings measure National Team performance — from U-12 to the top level — in WBSC-sanctioned international competitions over a four-year period. The end-of-the-year rankings reflect the addition of points gathered in 2022 as well as the expiration of all points earned in 2018. 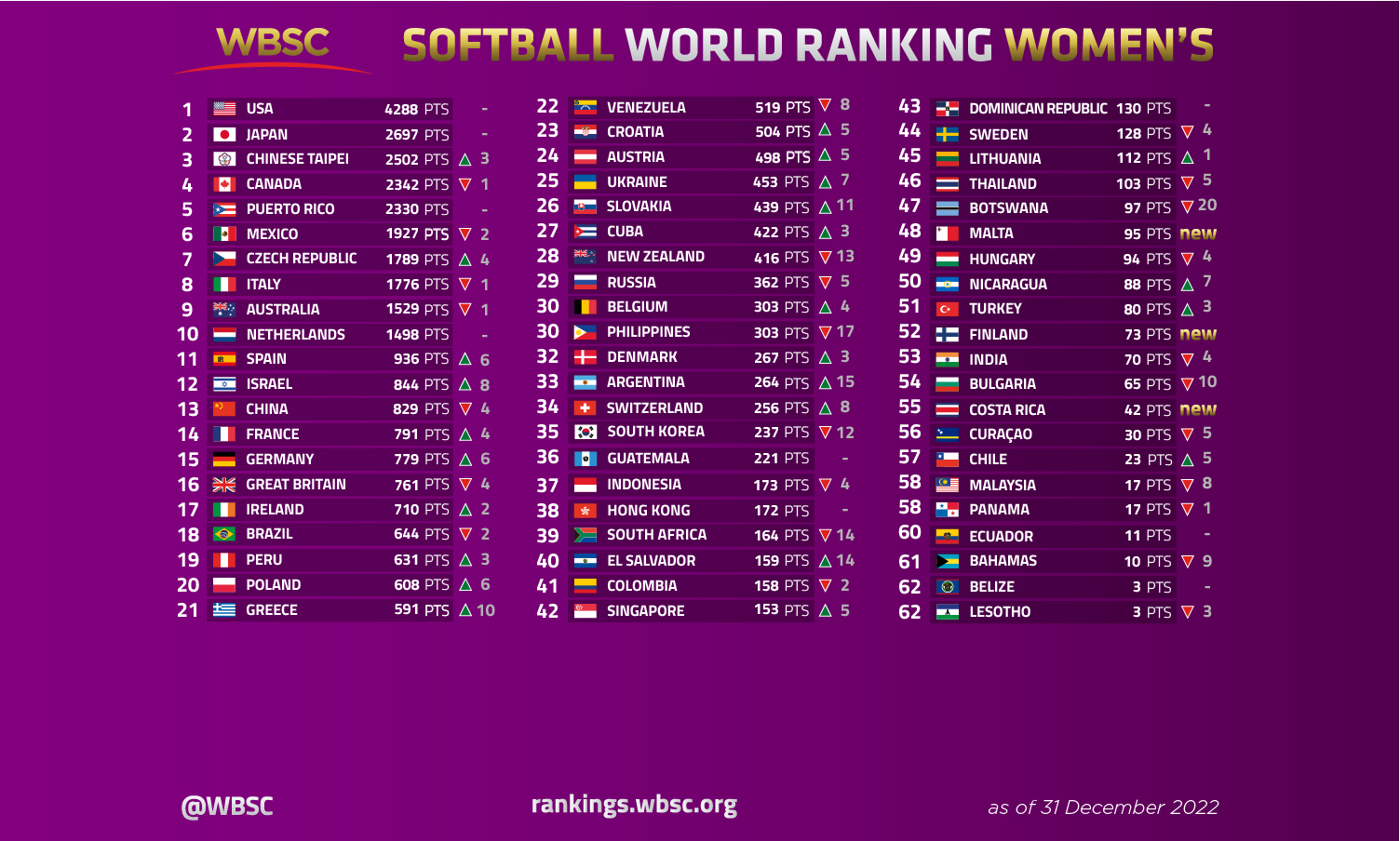 World No. 1 USA extended its lead over No. 2 Japan to 1,591 points after winning both The World Games softball competition (which awarded the title of world champions) and the Americas Qualifier for the WBSC Women’s Softball World Cup, which is slated to begin next year with the Groups Stage, progressing through both tournaments undefeated.

Chinese Taipei moved up three positions to reach one of the top-three spots in the ranking for the first time. The bronze medal earned at The World Games allowed the Asian squad to pass Canada, Puerto Rico and Mexico, who ended the year in fourth, fifth and sixth place respectively.

The Czech Republic is now the top European nation in the world, climbing four spots from 11th to seventh position, passing Italy, China, Australia and the Netherlands and finishing in the top-10 for the first time. The Czechs gained points by earning the bronze medal at the WBSC U-12 Mixed Softball World Cup, winning the U-15 European Qualifier for the World Cup and finishing fourth in the European Qualifier for the senior World Cup.

Argentina was the top-climber in the women’s rankings, moving from 48th to 33rd (an improvement of 15 positions) thanks to an eighth-place finish in the Pan American Championship.

Africa and Asia will play their respective WBSC Women’s Softball World Cup qualifiers in the early months of 2023, at which point they will earn points accordingly for their continental events. 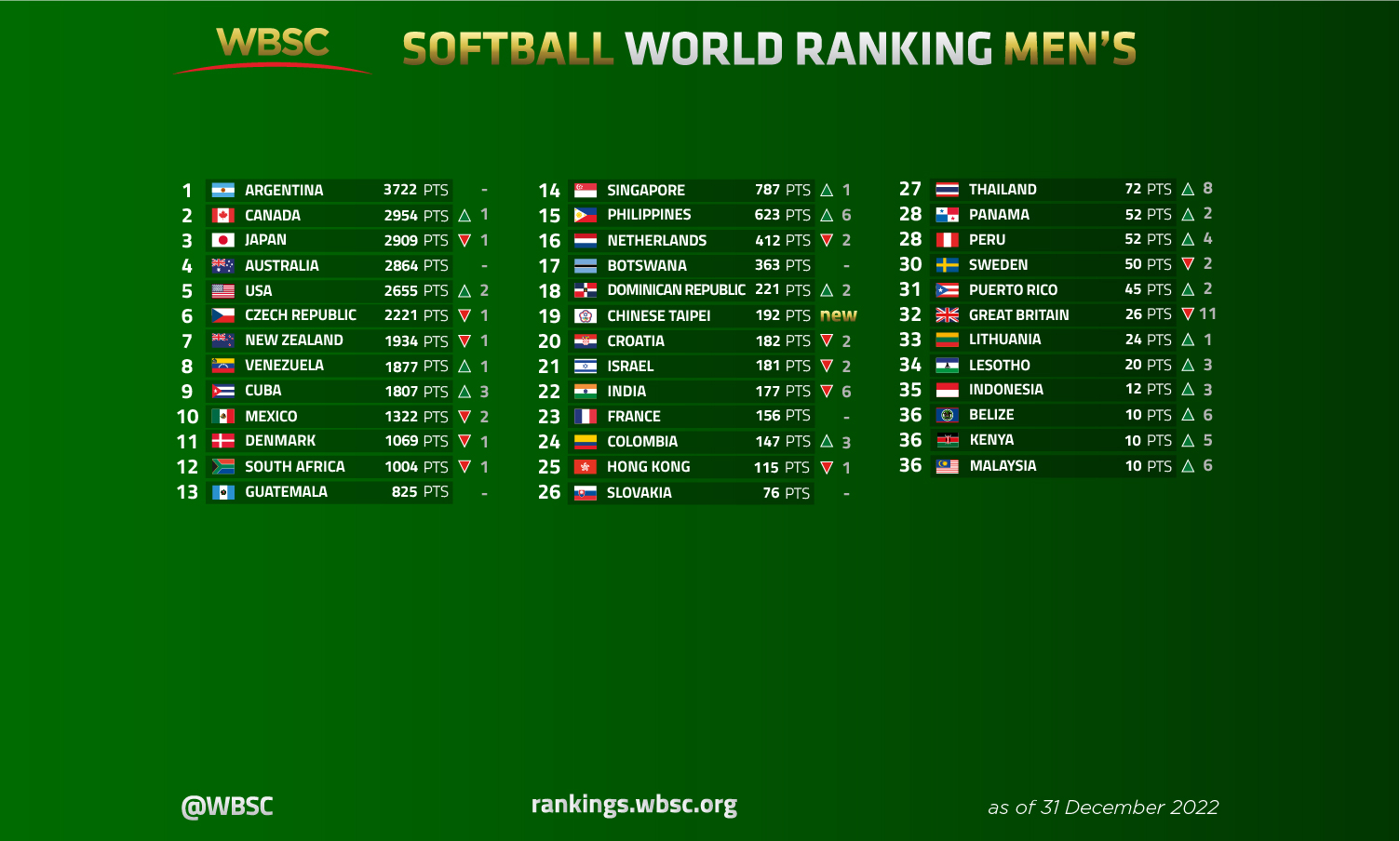 No. 5 USA, No. 8 Venezuela and No. 9 Cuba also benefited from a great World Cup in Auckland, New Zealand, securing a place in the top-10.

The five Olympic continents remain represented in the top-12 of the WBSC Men’s Softball World Rankings. South Africa is the top African nation, with 1,004 points in 12th place. The Philippines advanced six spots, after a 10th place finish in the World Cup and ended the year 15th, its highest position ever.

Thailand was the top climber in the men’s softball rankings, moving up eight places from 35 to 27. Chinese Taipei (No. 19) joined the WBSC Men’s Softball World Rankings.