World No. 2 USA, No. 4 Mexico, No. 5 Puerto Rico, No. 6 Chinese Taipei, No. 10 Netherlands, No. 13 Czech Republic, No. 26 South Africa, No. 30 Peru (host) and No. 40 Colombia will play a 36-game single round-robin from 6-11 December. The top two teams in the standings after the round-robin will advance to the World Championship Final, scheduled for Sunday, 12 December, at 4 p.m. (all times local). The third and fourth placed teams will play off for bronze. 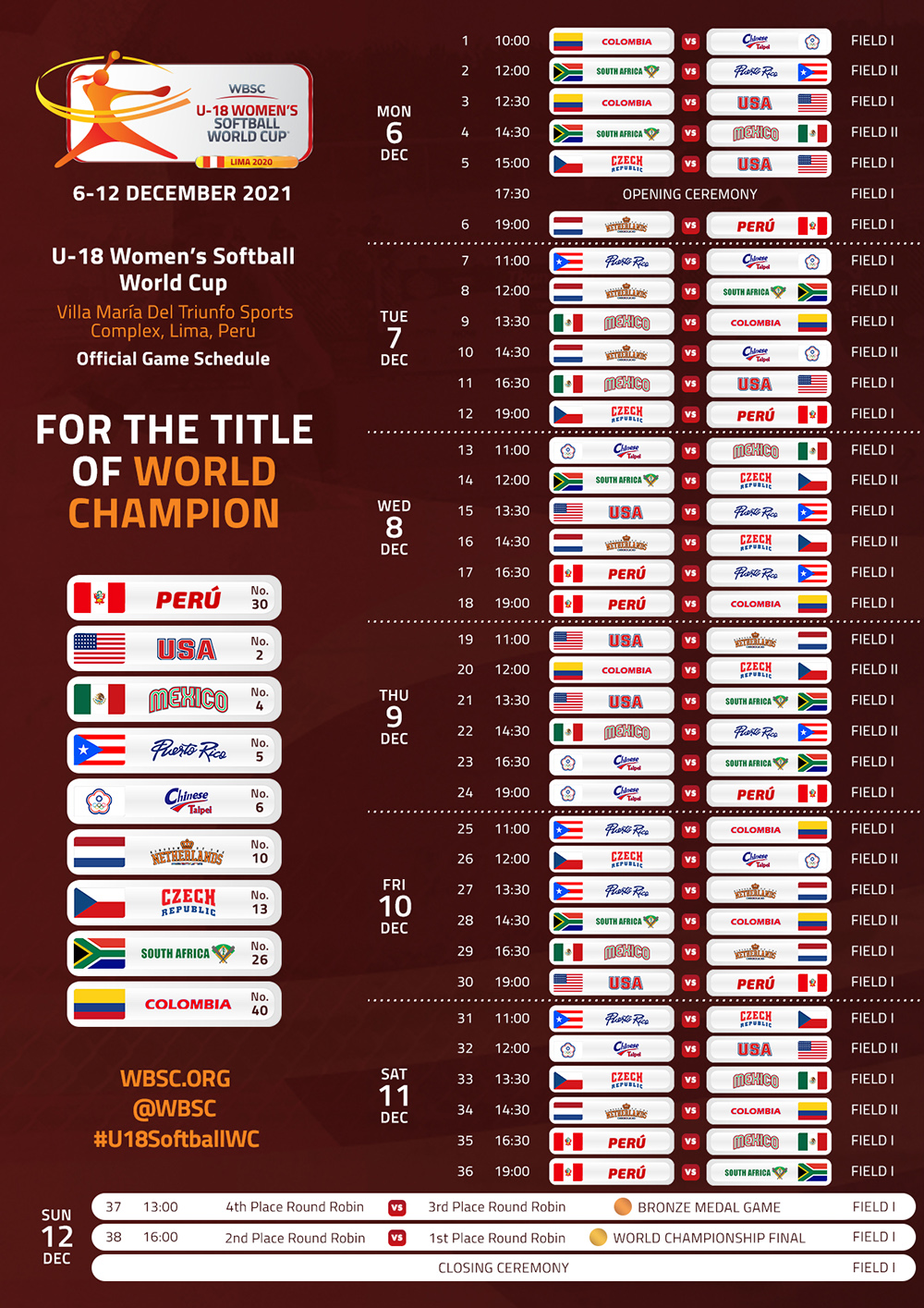 “The WBSC U-18 Women’s Softball World Cup marks the return of the Softball World Cups, almost two years after our last event was played. This is also the first international softball event since the sport’s great success at the Tokyo 2020 Olympics,” said WBSC Softball Chairman Tommy Velazquez. “I want to congratulate and express my gratitude to all the participating teams for their determination and excitement to be back on the field. I also want to to recognise our excellent hosts, the Peruvian Softball Federation and the Peruvian Sports Institute. Their commitment and careful planning have allowed us to stage this global softball celebration.”

The maiden edition of the WBSC U-18 Women’s Softball World Cup, the top international youth women’s softball competition in the world, will be contested at Villa Maria del Triunfo Complex, the softball venue of the Lima 2019 Pan American Games located in the southern area of Peru’s capital.

The first pitch of the tournament is scheduled for Monday, 6 December, at 10 a.m., with Chinese Taipei taking on Colombia in Game 1. The Opening Ceremony will take place at 5:30 p.m., prior to host Peru making their debut in the tournament against the Netherlands.